With a natural passion to lead, Scott Carson thrives in situations that require introspection to find the best in each of us so that we can all triumph. Scott's life has been littered with storms, but he's used them as positive, serendipitous events.

As a child, he experienced multiple periods of bullying that put him through situations most adults wouldn't experience. The bullying had the opposite effect. Scott's biggest storm became his shield and his weapon. It brought him closer to his father, who built a boy into a man by showing him the path to academic and athletic success, understanding interpersonal relations, and solidifying his spiritual base. Most importantly, it all came full circle when Scott received his 2nd degree black belt and became the head instructor of Shaolin Dragon Kenpo School. Now, Scott is a university graduate, entrepreneur, past President of Kiwanis, tennis and dragon boat instructor, and teacher of English to speakers of other languages.

Upon completing schooling, Scott found himself in the fallout of the "tech bubble burst", and as such had to build a company on his own instead of pursuing his goal to contribute to one. That lead to the creation of The Storm Group of Companies, with Storm Applied Technolgies being the flagship. Together with his best friend Brad Zakreski, who became his business partner, Storm A.T. celebrated its 10th year of business in 2014.

Scott shares anecdotes of the storms he's encountered in situations like dating, but by far the biggest storm came just as one ended. Not long after he became engaged to his (now) wife Malia, he was given the news that his father had months to live after being diagnosed with asbestos poisoning. Scott & Malia devoted their lives to finding a treatment ... and they succeeded ... but it was too late. With the passing of his father mere months before his wedding, Scott fell into depression. His health suffered, his company spiraled downward. At the same time, he was expected to provide for family and lead his companies. When the storm raged the loudest, Scott found strength in the form of one word his dad left behind: "believe". In one year, Storm tripled in size. Scott renovated the home he bought from his parents and he is now studying for his 3rd degree black belt. Thanks to Malia's help, his health returned. In short, he used the tools his father gave him to honour him. "Take the World by Storm" was created and all that comes from it is dedicated to the late Gordon Carson.

How Can "An Average Kid" Inspire You?

I've always been seen as an anomaly - I didn't quite fit in - wherever I went. It could be because I was an only child so I hung around my parents friends as much as my own; I grew up on a street full of kids and because I was the oldest I became the leader. Or because by the time I was 13, I had experienced more than many adults had in their life. That's not necessarily a good thing. On one hand, I had traveled most of western Canada by age 8; had moved 3 times by age 10; tested at a grade 12 level by grade 6; competed at or won city championships in softball, basketball, and bowling; and studied advanced art classes. On the other, as a child I was legally blind in one eye; had the other eye stitched up like a blanket by the time I was 6 from injuries caused by my mischievous adventures; and most importantly I experienced a period of bullying that I would never wish upon anyone.

Thankfully, I survived, transferred away to a different high school, and once there I made it my mission to use the 4 years I had as a chance to do absolutely everything. I'm talking about sports, academics, clubs, out of town conferences, and of course ... parties and road trips. I went to University for a computer science degree, but I wanted more to fall back on and because I love to do it all. I became certified as a teacher of English to speakers of other languages, and also a nationally certified tennis instructor. When I was 24, I decided to start a technology business on my own. A year later my best friend became my business partner, 2 years later we had 3 companies, and 7 years later we celebrated a decade in business. We've bought a dragon boat and become dragon boat coaches, we've traveled everywhere, we own a video dance party company, we've learned a lot, and been fortunate enough to speak to people just like you.

On the surface, my life is pretty normal: There were some highs and lows but I'm not much different than any one else. So, what could I possibly say or do to make you think I'm something special, or more importantly, make you say, "he inspired me to be great!"? Let me answer that with a question. Do you ever wish you could talk to your future self? Well, you can't. It's been researched. But! I'm the next best thing. At some of my previous presentations, I've been honoured to have people walk up to me afterward and say, "it's like you were speaking to me", "or I experienced that same kind of thing!". Do you see? I'm just like you! And we are not super human. We weren't bit by a radioactive spider and gained powers that make some things easier. My point is, great people don't wake up great any more than bad people decide to be bad. There is a light inside each of us and it is powerful beyond measure ... if you let it be. The great Marianne Williamson wrote a poem that inspires me every time I think of it.

It is our light not our darkness that most frightens us.
We ask ourselves, who am I to be brilliant, gorgeous, talented and fabulous?

Actually, who are you not to be?
...
Your playing small does not serve the world.
There’s nothing enlightened about shrinking so that other people won’t feel insecure around you.
...
It’s not just in some of us; it’s in everyone.
And as we let our own light shine, we unconsciously give other people permission to do the same.
As we are liberated from our own fear, Our presence automatically liberates others."

Winston Churchill declared, "History will be kind to me for I intend to write it" ... There is a storm brewing, and it's right inside of you. Let's make history, shall we?

"What happened happened and couldn't have happened any other way" - Morpheus, "The Matrix" 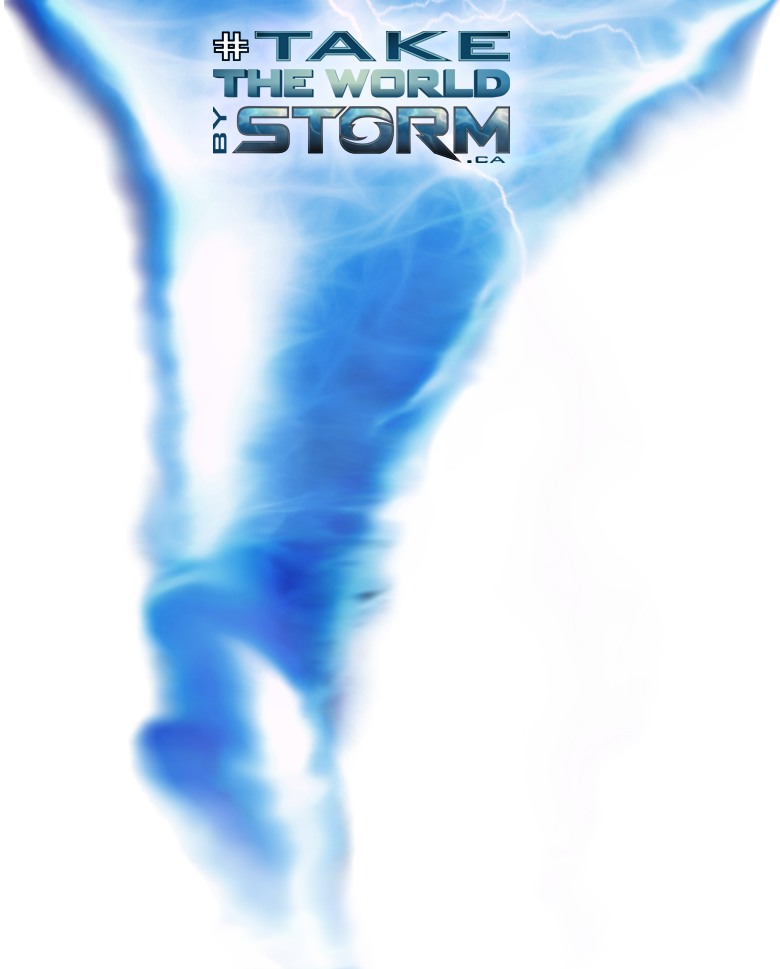 Get your own professional website in minutes, with free templates, photos, and more!
Template designed, hosted, & copyright ©2010 - Storm Applied Technologies, All rights reserved. Content is the property of the domain's respective owner.